Antigua Guatemala, sometimes called Antigua or La Antigua by the locals, is a city located in the central mountains of Guatemala. Founded on March 10, 1543 in Panchoy Valley, it was the first Spanish colonial capital in Central America, hence its present name, which means “old Guatemala.”

Antigua Guatemala suffered two severe earthquakes, including Santa Marta in 1773, which destroyed much of the town. As a result, the Spanish Crown ordered that the city be rebuilt in a safer location. Guatemala City thus came to be and was hailed as the capital of Guatemala.

Today, the city is world famous for its well-preserved Spanish New World Baroque architecture as well as a great number of spectacular church ruins. Despite being ravaged by several earthquakes which eventually resulted in the city’s abandonment in 1776, the city still retains its original Spanish charm of cobble stone streets and colonial architecture.

For this reason, Antigua Guatemala has been designated as a UNESCO World Heritage Site after it was earlier declared a Monument of the Americas by the Panamerican Institute of History and Geography in 1942.

Antigua Guatemala is one of the most beautiful and visited places in Guatemala. Many people come to Antigua Guatemala not only to reminisce the nostalgia of Spanish colonial times, which are evident in every corner of the city’s streets, but also to enjoy the many sights and activities that the place has to offer.

Among the highlights of an Antigua Guatemala vacation is hiking and volcano climbing. The Cerro de la Cruz, which is only a short 20-minute walk away from the north side of the city, offers you a wonderful view of the city as well as the three famous volcanoes, Agua, Acatenango, and Fuego. And if looking is not enough for you, it will take you a day’s exciting trip to climb up each volcano and view Antigua Guatemala’s spectacular landscape from a higher vantage point.

Another great thing to do while touring this old Spanish city is bicycling. There are many fun routes for you to ride your bike in Antigua, including nice trails that lead up to quaint little villages and excellent mountain views. Many ranches also offer horse riding, giving you an alternative way of exploring some of the outlying areas of the city.

Shopping in Antigua Guatemala is an exciting activity. The city’s pervading Spanish culture diversified by native flair makes for interesting art pieces and handcrafts. Antigua Guatemala is known world wide for having some of the finest jade in the world and curious fine art. 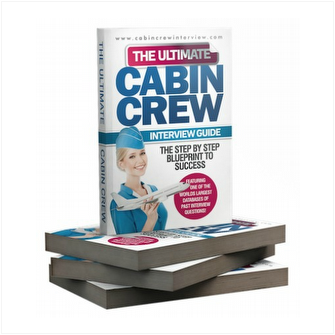 The 30 Day Crash Course is a beginners program designed for transgender women with little to no experience working with their voic[...]
Read More
⇛ view similar products
Feminine Voice Training

The 30 Day Crash Course is a beginners program designed for transgender women with little to no experience working with their voic[...]
Read More
⇛ view similar products
The Ultimate Treble Tipster.